The Mutant Chronicles 3rd Edition Core Book Savage Worlds Edition is available in PDF only from https://www.modiphius.net/products/mutant-chronicles-3rd-edition-core-book-savage-worlds-edition-pdf-only and DriveThruRPG.com.


In the far future the solar system is a roaring maelstrom of war and death, the inner planets have been swept clean by the violent onslaught of the Dark Legion's monstrous hordes and undead soldiers. In the enormous cities of the distant future, heretics devoted to the destruction of mankind stalk the dark backstreets and gloomy alleys, spreading their teachings of greed, jealousy and war.

Mutant Chronicles takes you on a full-throttle diesel-punk ride through a solar system beset by corporate intrigue and the invasion of the Dark Legion. With technology failing due to the insidious effects of the Dark Symmetry, mankind must fight back against the Dark Legion hordes whilst dealing with in-fighting and conspiracy.

Now, in this Savage Worlds Edition of the definitive techno-fantasy roleplaying game, you can play during the early days of the Dark Symmetry, through to the brutal Corporate Wars.

Investigate foul cults as technology turns against mankind, or fight the armies of the Dark Legion as they pour forth from citadels across the colonies in the battle for humanity's future.

* Rules for character creation, including the new Lifepath Edge mechanic to define your character based on one of the iconic archetypes of the setting.

* Master the Art of Light taught by the Brotherhood, or be drawn into the Dark Symmetry, and taste the power that comes from Heresy.

* Equipment, powers, and custom rules reinforce the grittiness of this exciting techno-noir setting.

* Never-before-seen secrets of the Mutant Chronicles universe, and maps of the solar
system and Luna City.

* Insight in to the Dark Legion Apostles and their unique forces, tactics and plots, along with full stats for new and old monstrosities.

* Briefings on the major corporations, Imperial, Bauhaus, Capitol, Mishima, and Cybertronic, as well as the Cartel, the Brotherhood, and Whitestar. Guide to running adventures during the rise of the Dark Symmetry and first wars through to the return of the Dark Legion. 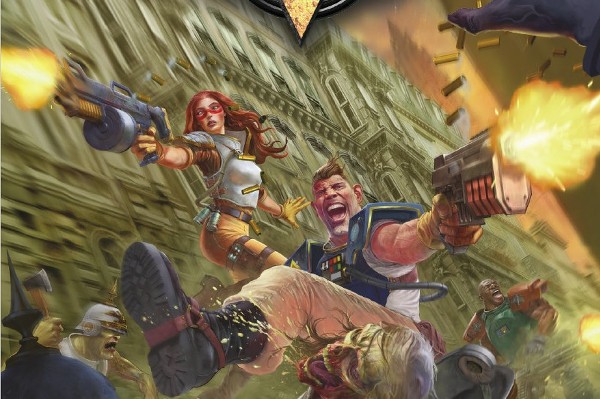 To his friend a man
a friend shall prove,
To him and the friend of his friend;
But never a man
shall friendship make
With one of his foeman's friends.
--Havamal
page   1
Back to Topics
Login below to reply:
get your own embeddable forum with talkiforum.com