Death Before Dishonour
Mishima is the most secretive yet spiritual of all the corporations battling for power in a future solar system riven by war and labouring under the threat of the Dark Legion. Its power base on Mercury contains intrigue, power struggles and hidden agendas, as well as the truth behind the mystical power of Ki, which fuels its warriors' almost superhuman battlefield prowess.

The Mishima Source book is available in Print & PDF and PDF only versions from Modiphius.net and from all good retail stores. It is also available on DriveThruRPG.com.

From the underground cities of Mercury to the sprawling plains of Mars, the Mishima corporation is united by a code of duty and honour. In the boardroom and on the battlefield, the proud samurai of the management caste lead the way. Beneath them toil countless work units of commoners, among whom hide secret societies dedicated to the martial arts, organised crime and, sometimes, the Dark Apostles...

The People: What makes Mishima society tick? Discover the cultures of the corporation's many keiretsu and the samurai, guildsmen and workers within them - and those who fall outside.
The Lands: Uncover the secrets and dangers of Mercury, the Mishima homeworld, and the corporation's holdings on Mars, Venus and Luna.
The Powers That Be: Learn about the inner workings of Mishima, from the Overlord and his squabbling Lord Heirs to the meka and spacecraft of the military, to the hidden agendas of the Triads and Shadow Walkers.
The Power of Ki: Master the secrets of ki channelling, the mystical technique that gives Mishima warriors superhuman abilities.
Character Creation: Expanded rules for the backgrounds and powers unique to the Mishima corporation.
Mutant Chronicles Week
The Mishima source book is the third major release of Mutant Chronicles Week, a sustained
celebration of the acclaimed sci-fi roleplaying game. As part of the week, fans can enjoy the release of three new source books for the Brotherhood, Cybertronic, and Mishima factions.

See the Mutant Chronicles Facebook page for further details on the competition. 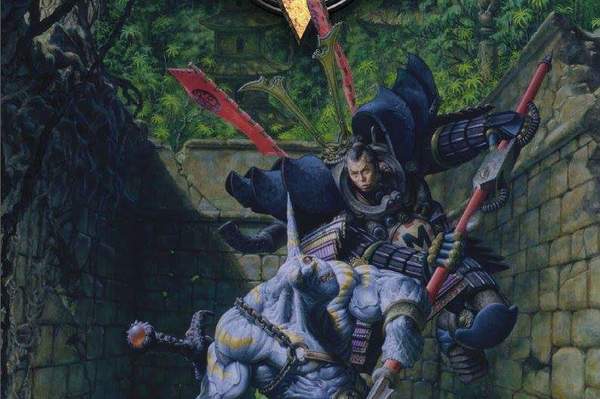 To his friend a man
a friend shall prove,
To him and the friend of his friend;
But never a man
shall friendship make
With one of his foeman's friends.
--Havamal
page   1
2 replies

Ryan Smith said Mar 11, 2016 06:15:17
Awesome that these are coming out so fast. Are the White Star and Bauhaus books coming to be coming out as part of this rapid-fire release rate, or does this bring our week of awesome to a close?

Marcin.Skupnik said Mar 11, 2016 14:53:06
Since both Bauhaus and Whitestar have only recently been given to backers I wouldn't count on it.
MC3 homebrewer. Check the thread!
CA-138 Deathlockdrum - when you want to put a grenade launcher on a grenade launcher, so you can launch grenades when launching grenades.
page   1
Back to Topics
Login below to reply:
get your own embeddable forum with talkiforum.com